Welcome to Tales of Graces.com, the former site of the fan translation. The official localization of the game has been announced by Namco, so the project has been discontinued. Fans of the series should buy the game when it is released to ensure a future for Tales games in the West! You can still follow our Vesperia PS3 project as linked on the right.

The End of an Era

Approximately one week ago, Namco released a teaser website that hinted at the release of Tales of Graces f, for the PS3. Since then, the team has been having many heated discussions over the state of our translation. As of Feb 2nd, Tales of Graces was officially revealed, though no details or dates have been announced yet.

It is our decision at this time that we intend to drop the translation of Tales of Graces, both the Wii and the PS3 version. We are sad that literally thousands of hours of work will be lost, but we are agreed in that we all want to see Tales of Graces succeed here. The better it sells, the more Tales games Namco will bring over in the future, and the less fan translations will even be needed. We all feel that Namco's latest Tales translations have been of good quality, and we would like to support it as much as we can.

So, to make this clear.

We respect Namco's right to their own game and translation.

We are not releasing any of our translations.

We will not be releasing our private tools.

We will be continuing Tales of Vesperia.

Lastly, we are evaluating other possibilities to ways we can promote Tales of Graces and increase sales. We are looking into the possibility and efficacy of a Wii demo, and potentially other promotional material, but you shouldn't expect any further details until closer to the (currently unannounced) release date.

We thank all of you for your support, and hope that you purchase the game upon its release. Please continue to follow our Tales of Vesperia translation in the future! Vesperia will begin progress again today, and should be back up to speed once the engine's revved up. 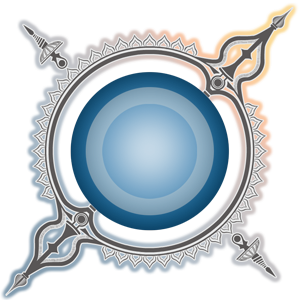 Welcome to the Tales of Graces Fan Translation website. Our translation was halted due to an official localization announcement. Please purchase the game when it is released.

THESE LINKS ARE FOR THE JP IMPORTS ONLY. The official Namco localized version has been announced, but has not yet been released. We recommend purchasing the US version when it is released, rather than the JP versions below.